Shenanigans were the order of then day for the first weekend of 2009. Friday night saw an influx of Sydney-siders to the sunny Central Coast… Ben, Gav, Rachel, Juls & Crunch made the pilgrimmage to participate in the delights of the an evening out at Terrigal Pub. I’m not a fan of the nightlife on the Coast but the boys were not disappointed… plenty of barely-legal girls wearing “Gosford” skirts!

Sat night it was my turn for the F3 journey. Cocktails aplenty to celebrate Kat’s b’day as she turned 29b, a golden age. Happy Birthday Kat! Then on to The Burdekin for some dancing with Team James St (which is rapidly turning into my second home!) 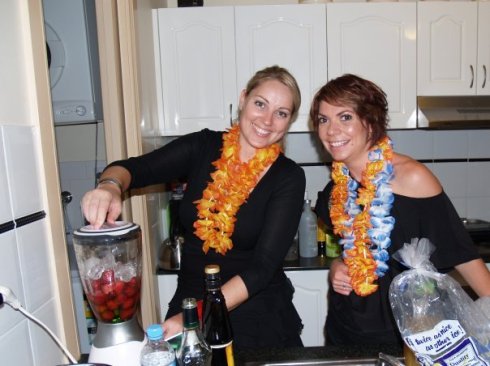 Sunday raised the question – is there any better way to pass a beautiful sunny day than kicking back at the SCG, beer in hand, taking in a top-class Test match? 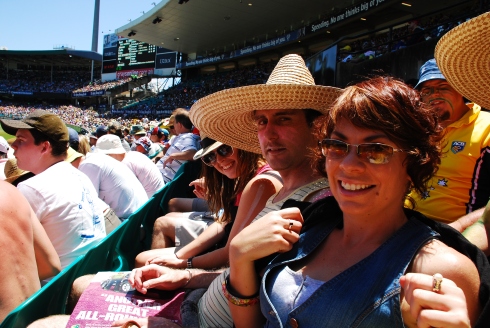 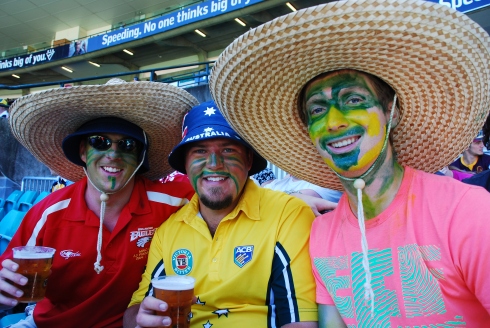 It’s got to be said, it’s a difficult experience to beat. We chose a great day for it – perfect weather, a Clarke ton, a Johnson half-century AND no security men checking the Platinum seating area in the Trumper Stand! We stayed in our cheap concourse seats most of the day but by late afternoon when it was time to get out of the sun, the migration occurred to the top level of the new stand. Commanding views over the pitch and the city, without the $110 price tag. Perfect! 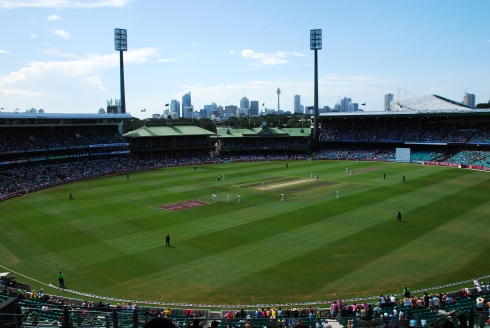 It’s amazing how the cricket community has taken to Jane McGrath’s legacy. There was pink on display all around the ground. A hot pink leotard was even sported by the only streaker of the day! Not that he got far… security tackled him before he even reached the rope. An unimpressive effort in the end.

This entry was posted on Tuesday, January 6th, 2009 at 9:57 pm and posted in Uncategorized. You can follow any responses to this entry through the RSS 2.0 feed.
« Spoke too soon!
A bit of straight talking never hurt anyone »